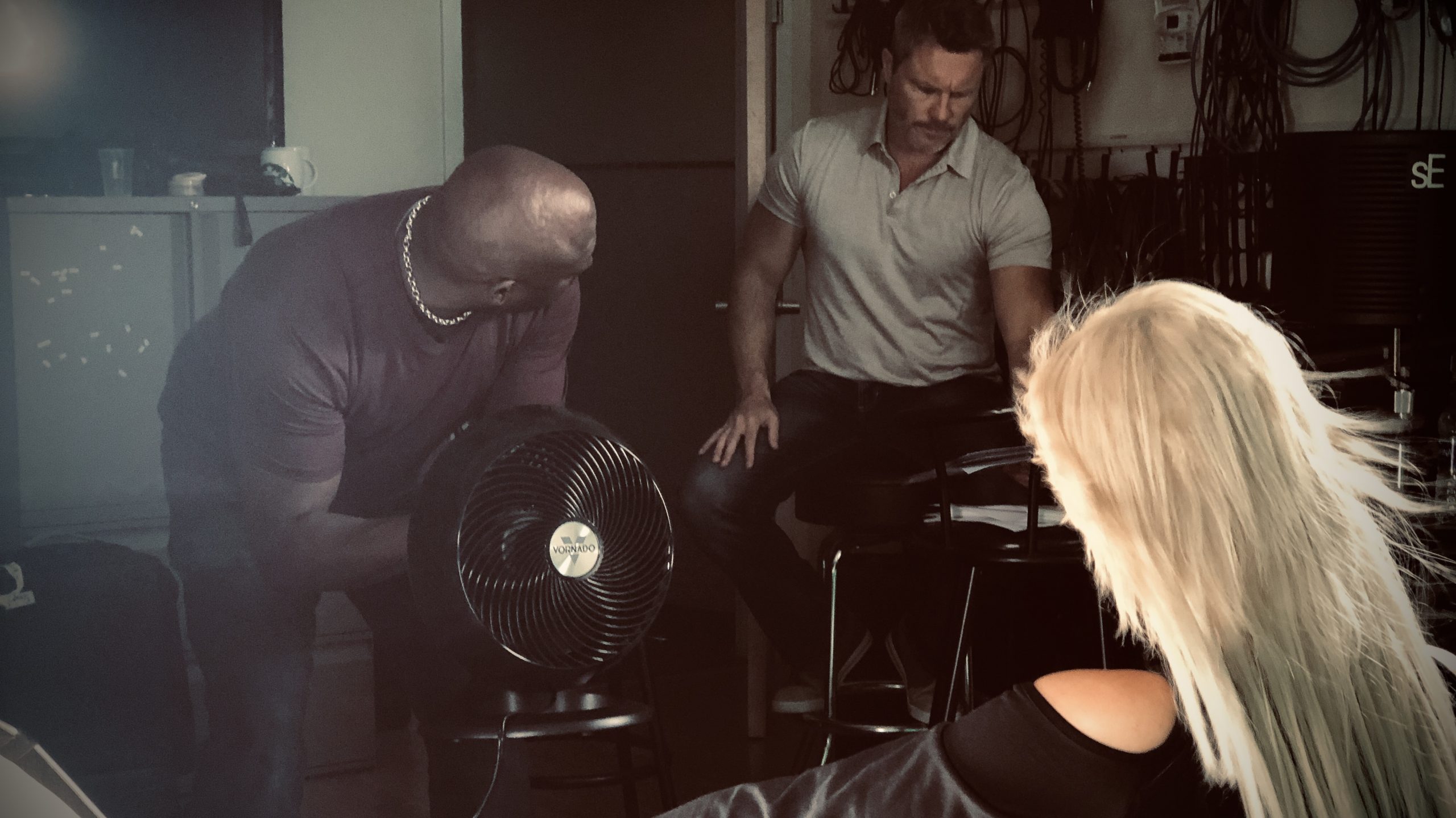 Sometimes a video production company has the chance to observe a professional film or television series production months before it’s aired!
All this occurred last Thursday at Boston video production company, Sound and Vision Media. We don’t have the authorization to tell you what the final broadcast quality series is. We do know that it highlights some of the best people in the entertainment business today!

When it comes to acting, training, and guiding actors, no one competes with Chris Neville.

He is also a tremendous director, and we were honored to have Chris and his gifted peers at our studios. Jordan Tofalo did an exceptional acting performance riding a futuristic jet ski for our cameras. Writer and actor Stien Davis was tremendous as well.

Chris Stien came off as a commanding military officer who was in command of the situation during his scenes. At this time, we can’t tell you the name of the finished video production or series.

We can tell you that this series is going to be big! It was our great pleasure to work with Chris Neville, Jordan Tofalo, and Stien Davis at our Green Screen Studios at Sound and Vision Media of Boston, MA.

We all look forward to seeing them again soon!