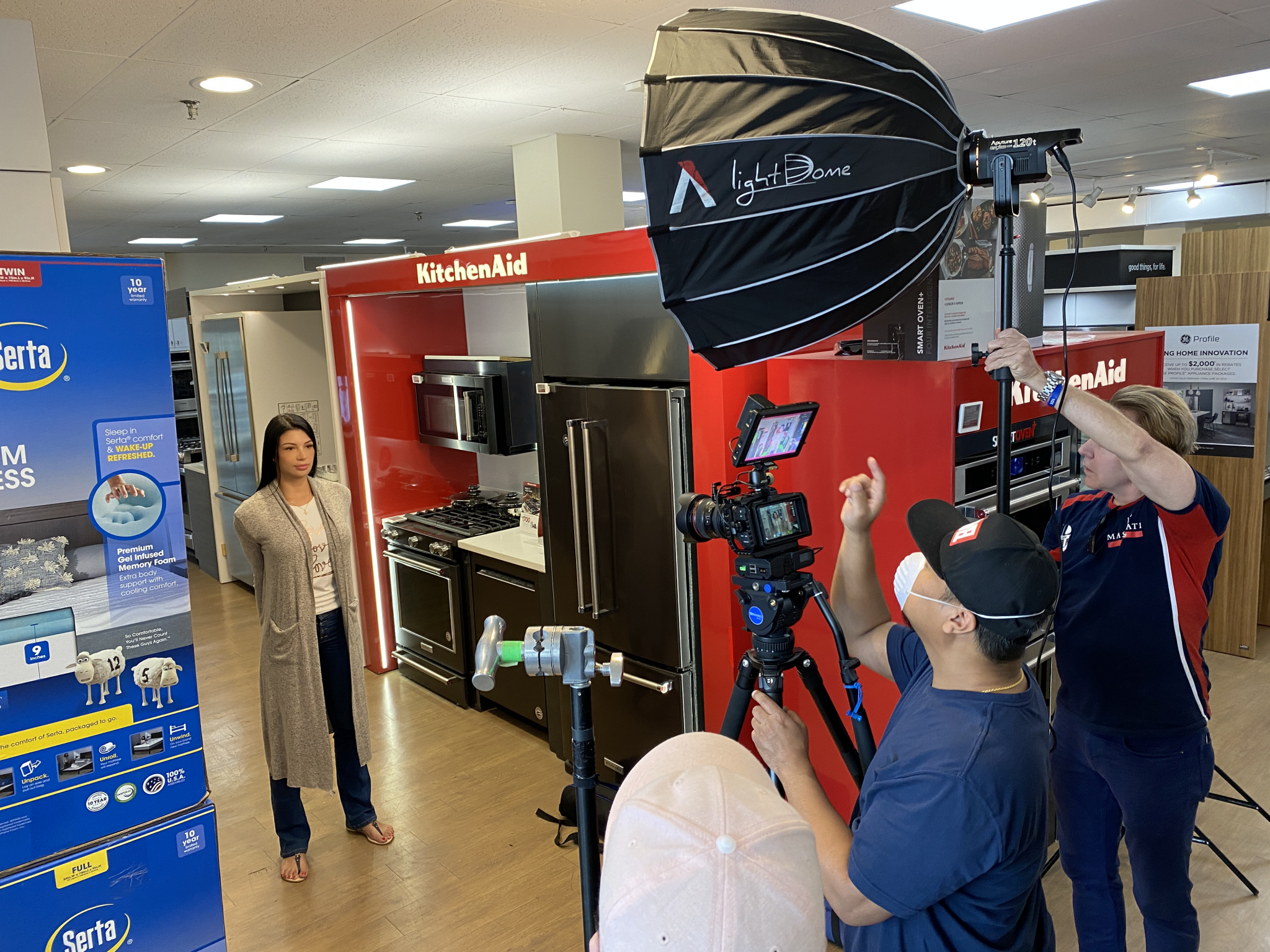 For the last several months, Sound and Vision Media of Boston, MA, has been consistently producing T.V. commercials an online targeted video campaigns for Warrendale Appliance of Waltham, Ma.

These marketing videos play on the internet and local television in the greater Boston area. Owner of Warrendale Appliance, Allan Rogers has seen massive growth in appliance and mattress sales as well.

Now Warrendale wants to expand its audience to the growing Latin community. For a strong campaign, your English and Spanish commercials must carry the same powerful message to the desired targeted markets.

Then your client must be able to track and scale the results to increase sales consistently. We will talk more about targeted video commercial campaigns and analytics on our next blog.

Below is a brief look behind the scenes from our recent Spanish T.V. commercial, shot on location with our video crews at Warrendale Appliance.