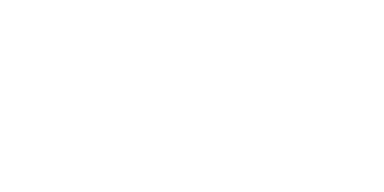 Dan Rizzo for Mayor of Revere.

Mayor Dan Rizzo has been a powerfully effective conduit for growth and positive change in the city of Revere for the last 16 years as city councilman and as a successful Mayor.
The Mayor worked with Sound and Vision Media of Boston on his re- election campaign. Directors Mark Helms, and Charles Vitale worked with Dan’s entire staff and consultants to make sure that this was a politically successful video that summarized exactly all of the positive achievements that have occurred during Dan’s career as Mayor of the city of Revere.
Dan Rizzo is the only candidate with experience as a veteran, small business owner and community leader. He has a record of results and a vision to move Revere forward.

Together we can move Revere forward! Recently hundreds of supporters and friends gathered for an old-fashioned rally. Watch the video and share!

This is the official page for Mayor Rizzo’s campaign committee.
http://www.danrizzo.org/
Dan Rizzo is the only candidate with experience as a veteran, small business owner and community leader. He has a record of results and a vision to move Revere forward.If you’re searching for video production in the Boston area, you have come to the right place. Sound & Vision Media is located just a few minutes from Boston and Logan International Airport, in Revere, MA. We are Boston’s premier video production facility—featuring  three HD editing suites, a sound studio, and production studio including a seamless green screen and lighting grid. We have partnered with businesses and agencies all over the country seeking professional film and video production in MA. A comprehensive marketing strategy can span an array of television, radio, web and print media outlets for maximum results. Organizing creative, scripting, artwork, and even billing between several different companies can be a nightmare. At Sound & Vision Media, it’s one-stop-shopping! We provide all those services under one roof including a video studio complete with green screen capabilities, HD editing suites, and an audio recording studio. Whether it’s a corporate video, commercial, web design, integrated web marketing campaign or fundraising campaign, our experienced professionals will work with you to ensure a quality product that gets results.